Remco Eenink is the responsible coach for Olympic Weightlifting at Milo.

After the A license it is possible to continue your studies at the Sportsuniversity at Cologne in Germany, a four year course. However, this education is general and not specific for weightlifting. Trainers in the possession of a German A license have an dispensation for the first two years. The A license gives the coach in Germany the power to be able to train weightlifters at an international level.

In his early years Remco has trained a lot in Germany with the famous and very successful coach Josef Schnell. Josef Schnell created world record holders such as Rudolf Mang with many world records and Werner Kucera who held two world records. Rudolf Mang became world champion and was also winner of the silver medal at the Olympics in Munich in 1972. Remco has himself experienced what difference it makes to be able to train under the guidance of a top coach. His performance in Germany went from a total of 315 kg to 445 kg in just one year’s time in the then 90 kg category.

Remco also has trained weightlifters from the Dutch National team which resulted in participation in the European Championships, including:
Tino Selva from Sneek who in 1970 in the 75 kg category made a total of 390 kg consisting of 130 kg press, 115 kg snatch and 145 kg clean & jerk. In 1969 Remco started training Tino Selva in Sneek, who was considered too old for the national team. In two years time, Tino in the then 75 kg class  improved his performance as follows: press from 102.5 to 130 kg, snatch from 90 to 115 kg and the clean & jerk from 115 to 145 kg. This has earned him 11th place at the European Senior Championships when he was 33 years old.

Mehdi Doori – 77 kg category total 300 kg with a snatch of 135 kg and 165 kg in the clean & jerk in February at the National Championships 2012. Mehdi’s best training performance was a snatch of 145 kg and a clean & jerk of 177 kg in the -77 kg category in November 2012. An injury prevented Mehdi end of December 2012 to take part in the Last Chance in Veldhoven. The injury forced Mehdi  to stop training in February 2013. Mehdi did not have a Dutch passport and therefore could not start in international events for the Netherlands. 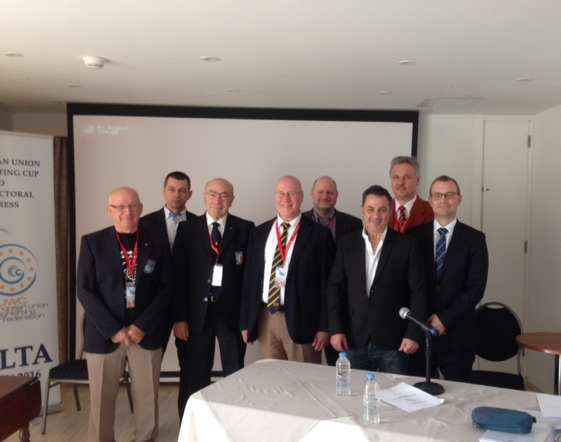 Remco has an A licentie (Topsportlicentie niveau 4) ot the Bundes Verband Deutscher Gewichtheber (What does that mean?)and is member of the Technical Commission "Coaching & Science" of the EWF. Remco is involved in the development of The European Coaching Education Program of the EWF, titled " Weightlifting for Sports".
Meer information >>

How do I choose the right course?